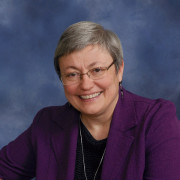 Anita Kehr, pastor, gave the following report at the All-Commissions/Committees Retreat on January 30, 2016. She was asked to share it now with you through Connections.

“Four years ago this month, our congregation transitioned from having two worship services to having one combined service. It took us about three years to make a complete transition; last year, I believe, marked the turning point. While we do not all love each other’s music or way of worshiping equally, we have mostly learned how to be gracious toward one another, to expect that, over time, we will also experience worship in the way that feeds me too. In addition, we have more and more people attending who do not have memories of two services, and so that helps us to get used to a different/newer way of being together. This is, for me, a joyful milestone.

“For the first time in more than ten years, our average attendance for the year went up in 2015 rather than down. We have been blessed by visitors who have become participants, brothers and sisters with us in the congregation. We are becoming an ever-more friendly and welcoming congregation—perhaps more than we understood ourselves to be—as we are learning the ways of hospitality. In addition, the range of generations in our congregation spans the spectrum, which is a sign of goodness and health.

“Our Sunday School classes continue to be strong. The former Young Adult class, which is now the Koinonia class, is going strong, and it is time now to look at forming another class for those just a little younger who have not yet found their Sunday School home.

“What is also true about our Sunday School program is that the classes are all age-based. This has its strengths. It can also mean that each class develops its own personality over time, as well as its own theological “take” on things. Sometimes, it means that there is little interaction between different groups. Commissions and committees are two of the places where there are structural ways of mixing us up. It is important that we continue to work carefully to have all of the generations represented in our leadership.

“In the past three years, however, we have had other opportunities to sit at tables and talk with each other about important things. Three years ago, we had a season of prayer, and we came together to share what we heard God calling us to. Two years ago, we gathered to discuss Scripture that was important to us, eventually discerning 12 foundational texts for our congregation. Last year we had a series of conversations about our relationship with people of various sexual identities. Each of these provided opportunities to listen to each other carefully, as well as to learn to know each other in new ways. I believe and hope that we will continue to have these kinds of settings for discussion about important things.

“Over the last few years, a number of people have had great ideas about things that should be done. So they did them, often drawing other people in to help them. That’s how the balcony windows were replaced; why we have display cases introducing us to each other; how the First at First potlucks came to be; how the Allies Group was formed; why there’s a new way of doing our funeral dinners; how we get to host a parenting class and a memoir writing class and a conversational Spanish class; and on and on and on. I hope that we continue to be a flexible enough congregation to say ‘yes’ as often as we can and to enthusiastically follow where the Holy Spirit leads. I also wonder whether part of your role as leaders in the congregation on these commissions and committees is to serve both as catalyst and encourager for these kinds of ideas.

“Now, none of this means that we all agree on everything. You know and I now that this is not true. We have quite widely divergent views on a number of things, including things of faith and theology. My hope is that we are learning to stay in relationship with each other even while holding different perspectives; I hope we are learning to honor each other’s faith as much as we have learned to honor each other’s ways of worship.

“In the past year, someone told me about a man who had grown up in our congregation several decades ago, who experienced First Mennonite as a hard place, a place that was highly judgmental and critical. I do not believe we are who we were then. That is certainly not how I have experienced this congregation—at least not most of the time. Every so often, however, there are flashes of a critical spirit, of judgment leveled against another without being tempered by love. These flashes can come because of anything and from any perspective. I hope, above all, that we find ways to continue to grow in grace and in love toward each other, even while being rooted in conviction.

“In the past year and a half, we have experienced a season of deep grief, interspersed with the joy of new life. There have been some really difficult and complicated life situations among us that continue to unfold. These situations and experiences also affect the way that the fabric of our fellowship is woven together; again, I hope that the way we work through these things strengthens rather than weakens us.

“So, where are we now? I think we are a pretty healthy congregation made up of imperfect people who love God and want to be faithful to the way of Jesus Christ. And, to me, that is very good.